Lisa was so sceptical of traditional medicine she was reluctant to try HRT. But after a year of crippling hot flushes and sleepless nights, she knew she needed help. 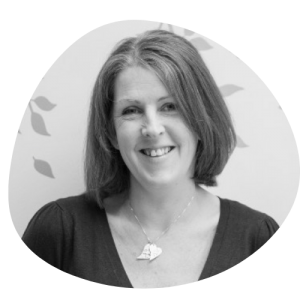 As told to Julia Martin

‘Both my mum and grandmother had early menopauses so when I started to notice symptoms at the age of 43, I wasn’t massively surprised. But still, it felt early to be entering that phase of my life!

It started with hot flushes – until you’ve had one, you can’t possibly imagine what they’re like: a heat that comes from your bones and envelopes your whole body – and it comes on really fast. If I was out and about, I’d get really anxious when I felt it coming as I knew I couldn’t control it.

At first the flushes were just in the daytime, but then they started to happen at night, very badly. I’d have between three and five a night, waking up covered in sweat. I couldn’t change the sheets every time because my husband was asleep but I’d have to get up and change my nightwear. It was horrible.

So I slept very badly and as a result, I became incredibly snappy. I’d feel the anger boiling inside me over the most minor things, like someone knocking over a glass of water. I’d erupt at my children and they’d look at me with these wide eyes, like ‘what’s wrong with Mummy?’. I’m such a laid-back mum, so it was completely out of character for me. My poor kids (who were about 9 and 12 at the time) were completely bewildered. Luckily my husband is a really lovely patient man, and most of the time he’d just get out of my way but I’m sure there were times when he thought ‘what a cow’. Afterwards of course I would feel so awful for shouting – it was an emotional rollercoaster.

I tried to battle on but the hot flushes crept up over a year. I tried everything I could to deal with the symptoms on my own. I tweaked my diet, tried to eat more healthily, drank more water, a little bit less wine, and cut down on caffeine. I had really awful hormonal migraines as well so at one point I did stop drinking wine completely, but it didn’t make any difference. Then I went to see one of my friends who is a naturopath. She tried various different tinctures of herbs traditionally used for hot flushes, but none of it made any difference, because the drop-off of the hormones was all-consuming.

I became so tired because of the night sweats that it started to seriously affect my business. I make organic skin care products from scratch and I do everything myself – I’m in the kitchen stirring together oils and butters, labelling them, handling all the queries and posting it all out. So when I was having sleepless nights, I just couldn’t get through the volume of work. I was working slowly because I was so tired, then I was falling behind and getting stressed so it was vicious circle.

I knew HRT was an option but, but I’m all about doing things naturally plus all I’d ever heard was that it gave you breast cancer.

But after about a year of trying to cope, I relented and went to see the GP. I saw this lovely female doctor who really listened to me. I was so apologetic for bothering her and she said ‘don’t apologise, you need help, you’ve tried all the right things but some women need HRT. You’ve got to get your life back, it’s a no-brainer’.

She spent ages going through all the options and risks, but more importantly she also went through all the benefits, which I didn’t know. So when I heard about heart health, bone health and cognitive function, I was convinced.

She put me on a low dose and within two weeks I stopped sweating and started sleeping! That alone was a massive game-changer – once I wasn’t so tired, everything else became manageable. Even the migraines went, although after a couple of years they crept back so I’ve now gone on a slightly different dose of HRT, which has helped.

When I look back at how wretched I felt at the worst of it, I can’t believe I put up with it for so long – I feel really healthy now.

My message to other women starting this journey would be to approach a female GP with a clear list of how you’re feeling physically and emotionally and make sure they understand what you need.

HRT can be a total game-changer, so make sure you understand the benefits of it before you dismiss it like I had. So many women don’t even consider it and it seems crazy – if you’re feeling awful, why would you not take something that can help?’