When the menopause sent Kelly Preedy’s stress levels soaring and her confidence plummeting, she felt she had no other option but to leave her 30-year career behind. But it had a surprising outcome… 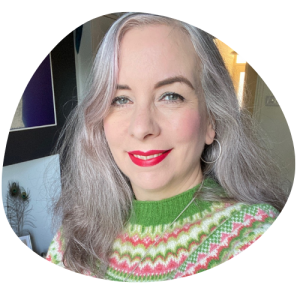 ‘Towards the end of 2015, when I was 44, my usually regular periods became really erratic. I had a busy media job and was starting to find I couldn’t handle even the smallest amount of stress, falling apart over stuff that would never have bothered me previously.

Trying to figure out what on earth was happening to me, I started to wonder if I was going through the menopause – my mum’s had started at 45 and my cousin had gone through hers when she was 46.

I booked to see my GP who told me I was too young and that it was probably work-related stress and that losing weight and exercising would help. I went back several more times over the following six months but was told that there wasn’t anything available on the NHS that could help.

In desperation, I went to a private hormone clinic recommended by a colleague and paid £500 for hormone tests which showed that my progesterone level was seriously low. The clinic explained that I was in perimenopause and could be for up to 10 years, but it was difficult to predict an exact time frame because every woman is different. They prescribed me progesterone lozenges which calmed things down.

Then, at the end of 2016, I got a new job. It should have been my dream position, but no sooner had I started it, I began to experience panic attacks, claustrophobia, insomnia, and anxiety.

It was such a shock as I’d worked in loads of stressful jobs in the past and prided myself on being able to cope.  But that was before I had to deal with raging hormone fluctuations and incredibly heavy periods that would appear without warning.

Unsurprisingly, I spent a lot of time crying in the toilets. The hormone lozenges were no longer working, and I was becoming increasingly stressed. I didn’t talk to anyone about it at work as I didn’t think anyone would understand. Something had to give and so, it was with a heavy heart that I stepped away from my career of 30 years.

I talked to my GP about what had happened, explained that I was still struggling with hormonal issues, and insomnia and was prescribed anti-depressants. Sure, they helped me feel calmer in general, but I still suffered terribly with health anxiety and other menopausal symptoms including heart palpitations and IBS and I got migraines for the first time in my life. But I decided I’d just have to try and get on with it.

Then the most amazing thing happened.

I’d been working part-time at a local boutique to give myself some breathing space and got furloughed because of the pandemic. With nothing else to do, I decided to pick up my paintbrushes for the first time in 30 years and started to paint pictures of my old childhood toys. I immediately felt comforted and at peace. I showed my paintings to my friends and soon got requests from them and family to paint portraits for them as gifts.

Early this year I set myself the challenge of painting a small picture of something from Instagram every day. I started selling them and soon people were asking me to paint things for them, mainly their pets, which was fine by me as I love animals, especially dogs.

I’ve now set myself up as a pet portrait artist taking commissions and selling originals through Instagram (@kellypreedycreative) and my website (www.thebelovedtoys.co.uk). It’s early days yet but I am slowly building a strong following and enjoying regular commissions. I’ve never been so happy!

I’ve also found a wonderful female GP who has been so supportive of my situation. I haven’t had a period for a year now so I’m in the process of exploring HRT. Now I’ve turned 50 and I’m in full menopause, I’m finally being taken seriously!

The past six years have been one hell of a rollercoaster. Yes, there have been tough times, but I’ve also learnt so much – about myself, my body, my brain, and what makes me happy.  Although it was such a tough decision at the time, leaving my career was the best thing I ever did. I’m now looking forward to all the wonderful paintings ahead of me’.