Fiona Whitfield, 58, a personal fitness trainer from Lewes, East Sussex knew something wasn’t right in her life as she approached her 50th birthday. But it wasn’t until the menopause set in and her hormone levels started to shift that she found the strength and confidence to make some changes for the better. 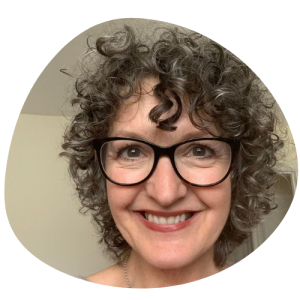 As told to Julia Martin.

“My menopause started when I was about 49. Things weren’t great in my relationship at the time, and I wondered if the menopause was to blame. My (now ex) husband and I were living separate lives and when we did spend time together – trying date nights, for example – we’d connect for a while and then be back to these huge gaps where we didn’t.

But as hard as I tried to salvage our relationship, I started to wonder if some of the emptiness and frustration I was feeling was partly because I wasn’t happy in myself.

I was running my own fitness coaching business, raising our son and juggling all that other stuff that happens in our 40s and I’d lost sight of what I actually wanted from life. I’d been a feisty teenager and young woman, but then I’d entered ‘the oestrogen years’, that nurturing time in our life – I got married, had a child and started to put everyone else first.

But then the menopause kicked in. The first clues were the classic hot flushes, night sweats and itchy skin. Then the deep menopausal symptoms hit and I thought I was going mad. I had so much brain fog, and intense mood swings – I’d go from ‘I’m going to stab you!’ to ‘I’m going to cry’.

By the time it was acute, I’d tried all sorts of things to deal with the symptoms, like acupuncture, eating right, sleep hygiene to help me sleep through the hot flushes, wearing natural fabrics etc. I’m sure all those things helped to some extent but they didn’t deal with the underlying unhappiness.

Slowly I realised that something had to change in my life – either I wasn’t happy in me or my relationship, but I wasn’t going to put up with it anymore. The changing hormones that gave me the oomph to start to question what was going on, and to start to put myself first.

So I went to my GP and she said I had a choice of antidepressants or HRT. I felt like I was being brushed off – what I wanted really was counselling. I wanted to be heard. I came home with HRT but I shoved it in a drawer and never took it.

I did lots of crying and talking to friends about it, but as lots of my friends were quite a lot younger, I was blazing the trail. So I started to do lots of online research and made a decision to see what I could do for my own happiness.

I started to spend time and money on me – I’d have massages and go shopping, read books and watch documentaries, all in search of spiritual and personal development. And I started to ask myself, ‘Who am I? What are my values? What are my needs?’ I hadn’t thought about any of these before, but I started paying attention to those things at last. I started to feel like my old self again.

I also educated myself about the hormonal changes I was going through. I learnt that as oestrogen declines, we have less of a tendency to want to nurture any offspring (which is one of oestrogen’s many roles!), plus we have a relative rise in testosterone, meaning we are more inclined to look after number one. In my work as a fitness trainer, I’d done some official learning around the menopause, and the trainer on the course called it ‘the middle finger years’, which really resonated with me!

So I guess I got a bit selfish in a way. I got my first tattoo on my 50th birthday – a dragonfly on my hip, which means transformation. I’d wanted one when I turned 40 but because I was trying to people-please at that point, I listened to too many voices outside warning me I’d regret it – by 50, I thought ‘I don’t care what anybody else thinks’.

I also stopped being so hard on myself about what I ate. Because I work in fitness, I’d eaten healthily for a long time but I’d been using it as a way to control my size. I probably did get a bit obsessive about it, to be honest – I’d even take my own food to parties! But as part of this whole process of questioning where I was in life, I started to think about why I felt so compelled to look a certain way and started asking myself ‘are you bonkers, Fiona?’ So I ate more of what I wanted and made peace with the extra pounds I gained.

Now I’m on the other side I think what got me through was probably bloody-mindedness. In hindsight, I do think ‘why didn’t I take HRT’, because I had a pretty hard time trying to do it naturally – and obviously if HRT is right for you and gets you to the other side, take it!

Ultimately, this journey of self-discovery led to me asking for a divorce. I was 49 when I had the menopause, and I was 54 when I started divorce proceedings. I’m absolutely sure the two things are connected – that ‘waking up’ to how I really felt.

I have such empathy for my ex now but at that time, we’d just stopped communicating. He wasn’t hearing me, I wasn’t hearing him and it had got beyond repair. Now I am so much happier on my own.

And it’s not just that relationship – my relationship with myself has completely changed too: I used to really beat myself up and now there’s a respect and even love I didn’t have before. If I could gift that to every woman, that would be a wonderful thing.”